It's the last day of July today. As you all know, my blogging contract expires today. Angelina has comeout of her hibernation cave and will resume her ownership of this blog. I must say that it's been fun. However, all good things must come to an end...and I believe in quitting while I'm still popular. Who knows one day I'll be given the opportunity again. In the meantime, laugh evilly with me. har har har *evil laughs* 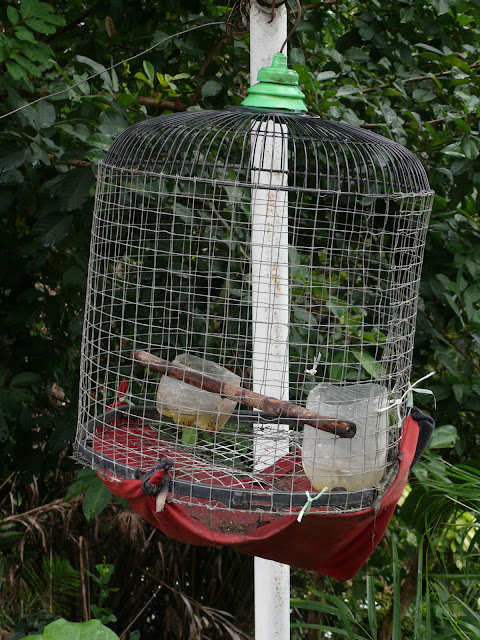 Y'all must be wondering: what is payae? What language is Brad learning now?

Well....in my quest to be the Tourism Ambassador for Southeast Asia, I have to learn the customs and culture of the people in this region. It's quite a challenge considering that there are many countries and about half a billion people living here. But I persevere....

Last weekend, Mama brought me to a function organised by the Myanmar community in Kuala Lumpur. While some members of the community are recent arrivals, some have migrated here since the early 1990s and have even married locals as well as became citizens. The event we attended was the happy occasion of a prize giving ceremony of a school serving the community. Mama's office has been implementing educational programmes at the school such as giving them computers, computer lessons, English language lessons, skills training, sports and income generation projects. Hence the invitation to the event.

Oooh...but I digress. Now, what is payae? Payae is the Myanmarese word for facial tattoo!

As I was soaking in the sights and sounds...OK, they were speaking in a language I don't recognise, I noticed that some of the ladies and children had a sort of pattern drawn on their faces. Busybody me began asking questions, to the ladies of course. I found out that it is a Myanmarese custom to "wear" this facial decor as an identification of sorts - a mark of Myanmarese-ness. (I wonder if Burmese cats have the same pattern drawn on their faces).

Legend has it that hundreds of years ago, ancient kings and nobles of ancient Burma go deep into the hills and jungles to capture beautiful tribal maidens, and made them concubines at the courts and palaces. So, the tribespeople decided to "destroy" the beauty that those evil noblemen seek. This was done by tattooing the face of young girls. As soon as a girl enters the age of puberty, tattoo is applied onto her face – the pattern of the tattoo being the one according to the tribe she belongs. The process of facial tattooing is quite painful and dangerous. Some even died of infection. The practice has been outlawed since 1960s, but some still practiced until around 1980s. The facial tattooing is no longer practiced anymore, even in the remotest areas. Although nobody could authenticate the validity of this story, many Myanmarese girls, especially those I saw at the event are indeed very beautiful.
Feast your eyes and tell me if these people (especially the girls) aren't beautiful, with or without payae....But I don't know why some of the boys wear it too. Forgot to ask their mothers.

The Myanmar community in Malaysia consists of mainly the Rohingyas, a predominantly Muslim ethnic group of Arakan in western Myanmar. The Rohingya population is mostly concentrated to the cities of Maungdaw, Buthidaung, Akyab, Rathedaung and Kyauktaw. There are now about 700,000 of them left in this whole wide world as they've been persecuted and chased away from their homeland since the 1940s. The Rohingya language is linguistically similar to the Chittagonian language spoken in the southernmost part of Bangladesh bordering Myanmar.

Oh...how can I forget? We also ate Burmese dishes and even bottled drinks specially imported from Myanmar. The drinks are very colourful, sweet,  non-carbonated and usually served with lime. 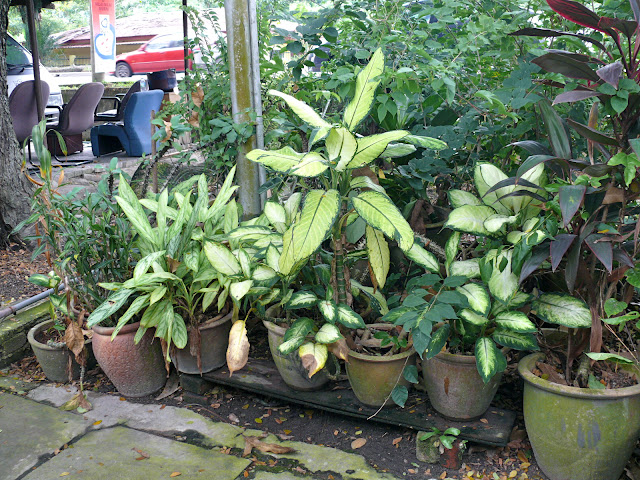 Brad says: We've blogged about these plants before - dumb cane or Dieffenbachia. They are poisonous and dangerous to felines. So, what is it doing "decorating" the SPCA premises???? Can someone move them out? har har har *angry laughs*
Posted by Cat-from-Sydney at 1:40 AM 28 comments: 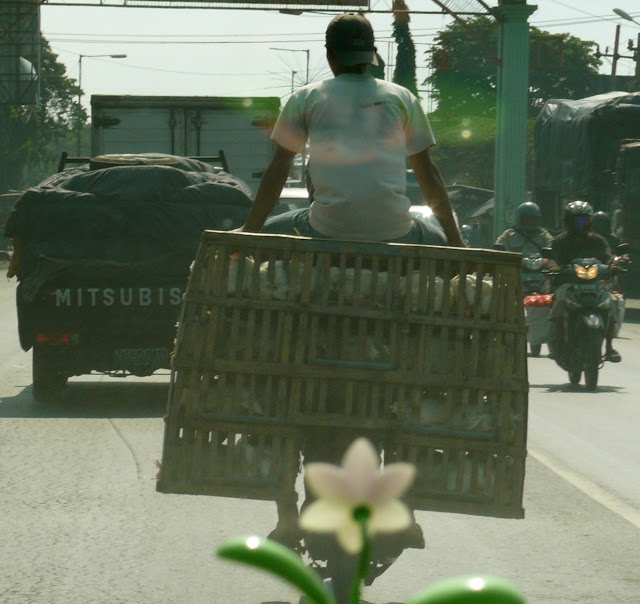 We Say Duck, They Say Bebek

Brad says: Maybe if they had steamed or roasted the duck....won't that be healthier? But not if you eat with buttered rice.... har har har *evil laughs*
Posted by Cat-from-Sydney at 12:25 AM 27 comments: 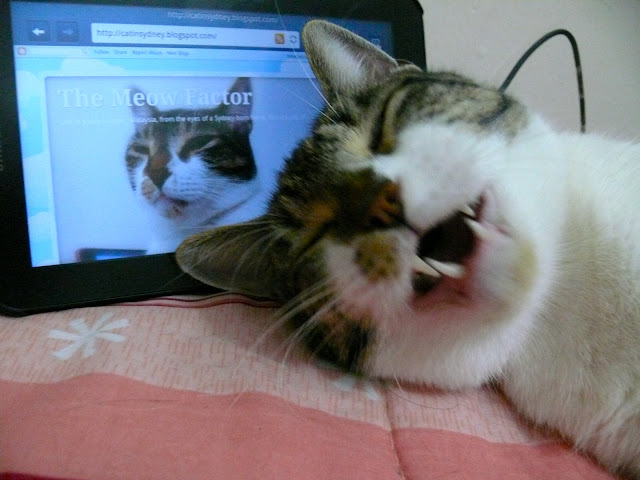 Brad says: No more sharing Mama's MacBook with Angelina or Dad's iPad with Nikki. I have my own Galaxy. Certainly an occasion for har har har *evil laughs* (yeah....that's how I do my evil laughs)
Posted by Cat-from-Sydney at 9:10 PM 44 comments:

I learn a new word today - tjanting. Mama's dictionary is too heavy for me so I looked it up at Uncle Google. This is what I found:


Tjantings (noun, plural) are tools used in creating batik patterns. (Batik is a wax resist decorative technique used on fabric.) They hold and dispense hot wax in such a way that the artist can control the pattern laid down by the wax with a great deal of precision. Tjanting tools probably originated in southeastern Asia and are still used in the creation of traditional batik fabrics, notably in Indonesia. They are also used by other batik artists and artisans world-wide, from the traditional to the contemporary.
Pronunciation: Probably most proper is "t' jun ting" which rhymes with hunting. Some do say "t' jaun ting" which rhymes with jaunting. Also known as: canting (cantings, pl.) Alternate spellings: tjunting (tjuntings, pl.)
Now, what brought about this new word into my world?

Well, Dad visited Indonesia in the first week of July and visited a place called Probolinggo in East Java. It was for work, not pleasure. But he did find time to buy some souvenirs for the family. Among others, Dad was brought to visit a village where the womenfolk produced fine hand-painted batik cloth. The Indonesians call the product Batik Tulis (tulis means write in Malay).
Brad says: I wonder how would I look wearing batik, eh? Thank God cats need no clothes. But I learned a new word and some culture. har har har *evil laughs*
Posted by Cat-from-Sydney at 12:13 AM 22 comments:

I'm always grateful for the fact that I was rescued from the streets....from an uncertain life. I shudder to think of what would it be if my plaintive cries on that April evening had been ignored by Aunty J and family.... Never mind that they named me after a fruit....

Recently, as a Gotcha Day treat, Mama took me to an animal shelter run by the Society for Prevention of Cruelty to Animals (SPCA). The location of the premises in Ampang Jaya is only about half an hour drive from home.

We met up with Aunty Ee who volunteers at the shelter, had breakfast with her at a nearby stall before visiting. Aunty Ee is a legal eagle by profession, an animal and environment champion by passion. If only there are more hoomans like her....check out her blog www.covertoperations78.blogspot.com.

I must say what I saw was a sobering reality check. Made me realise how lucky I really am, as well as Angelina and Tom as we all belong to that not so rare breed - the rescued breed. What you are going to see next can make you cry. Beware!!!
Brad says: I wish we have a humongous palace so that we can adopt all of those cats we saw at the shelter. Pray that my Mama and Dad will become sooooo rich one day and realise their dream of setting up our own feline paradise. In the meantime, please adopt those poor little felines at the SPCA or make a donation for their keep. You can do so online, their button is on the right column (SPCA Selangor). Let's go visit again next weekend, Mama? har har har *solemn laughs* 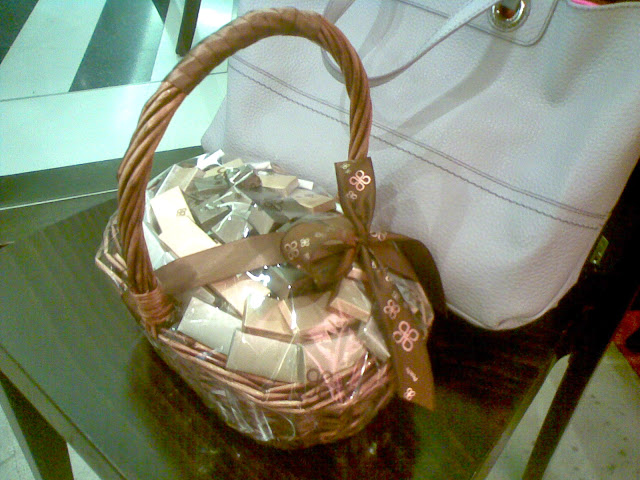 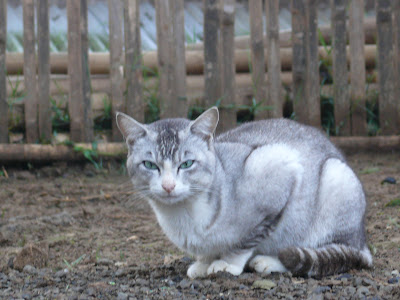 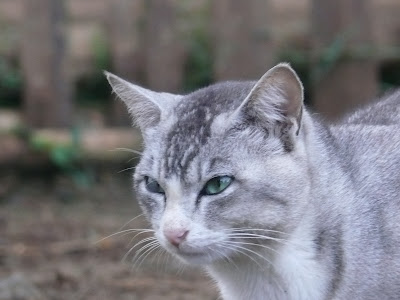 Brad says: Nikki is upset with Dad. Hmm....he went overseas last week and visited a farm. This beauty lives there and doted on by everyone. I think Nikki is insecure. Come on, girl. Dad only flirted with that foreign beauty. She's thousands of kilometres away anyway. Isn't she fluffy? Must be those plentiful lamb chops. har har har *evil laughs*
Posted by Cat-from-Sydney at 12:15 AM 42 comments:

Brad says: Pandanus is an aromatic plant and is used widely as a natural colouring and flavouring in Malay cuisine. It is sometimes used to flavour rice dishes too. I guess it's a nice a change to have pandan breath as opposed to sardine or tuna breath. har har har *evil laughs*
Posted by Cat-from-Sydney at 10:54 AM 34 comments: Reminiscence on Friday: Four Years Ago (today in history)

Once upon a time there lived a Queen and her slave....
Scene 1: Living Room 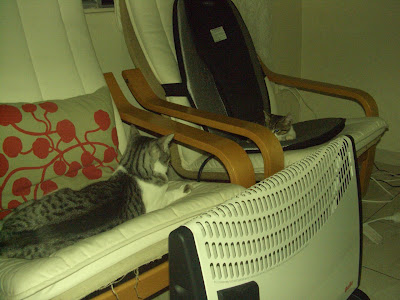 Angelina: Listen up little boy. I'm the Queen around here. I lay the rules, OK?
Brad: Hmmm......look at me. Just look into my eyes. 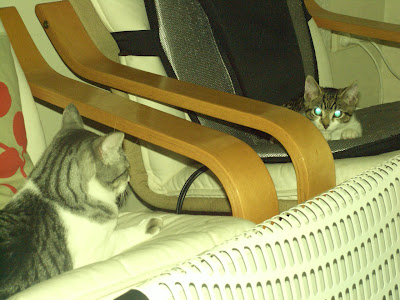 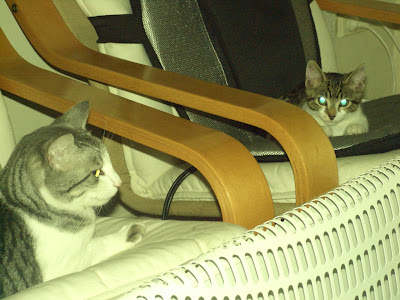 Angelina: Oh no! I refuse to be hypnotised.
Brad: Feel the power Angelina....feel with your senses.... 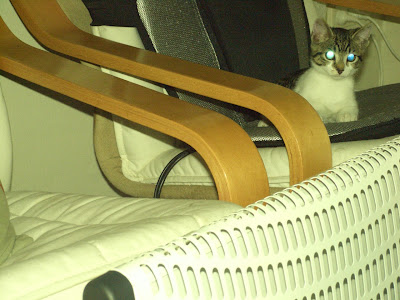 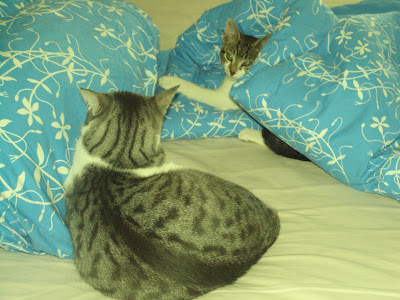 Angelina: You tried to scare me with your laser eyes just now. But you can't do anything now. I've got you cornered by the pillows.
Brad: Yeah? Try me. 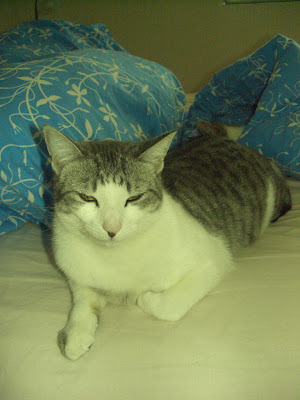 Angelina: I'm giving you the tail of disapproval. Just so you learn your lesson.
Brad: Aha....you're giving me ideas now.... 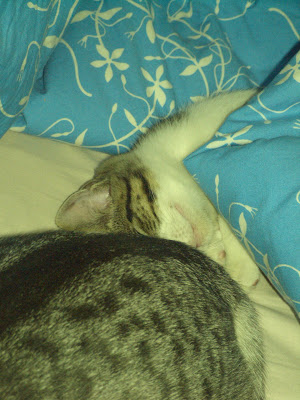 Angelina: Ouch! You're a pain in the butt, Brad!
Brad: Well, who ask you to give me the opportunity? It's your fault!!! 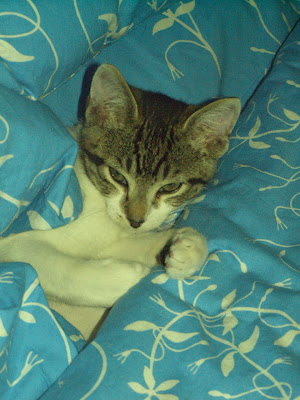 Angelina: Just look at that evil face.
Brad: What can I say...har har har *evil laughs* 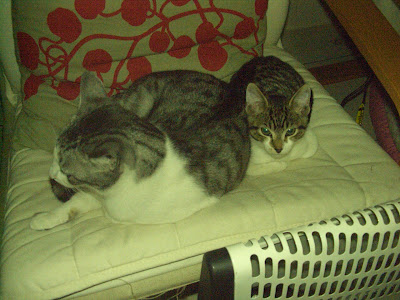 Angelina: But we don't quarrel all the time, right? Welcome to the family little boy.
Brad: Yes....my Queen. I'll be your slave for life.

Brad says: Peeps! These are pictures from when I first arrived in Angelina's life. She'll give you her version when she wakes up next month. har har har *evil laughs*
Posted by Cat-from-Sydney at 12:26 AM 30 comments:

Labels: Brad's gotcha day
Newer Posts Older Posts Home
Subscribe to: Posts (Atom)
“Man, when perfected, is the best of animals, but when separated from law and justice, he is the worst of all.”
Aristotle (ancient Greek philosopher, scientist and physician, 384 BC-322 BC)