The cats decided that Mama must be punished. It's for leaving us to the mercy of the kittysitter for days.... we know her weakness so the punishment has to be where it hurts most. Are y'all ready to hear the story?

First, we sent Sebastian in at around 3.30am this morning. Stealthily he went and plonked himself on Mama's chest. Then we heard a scream, a piercing sound in the wee hours.... What happened? What did she see? Imagine waking up to THIS!!!

It took quite a while for Mama to recover from the shock. She was shaking, I tell you! She dashed off to the loo and while she was in there, we prepared another "memorable" scene for her in the bedroom.

There were more screams! Mama thought her darling Seb has turned into a monster that murdered Brad. The rest of us had to stifle our giggles....can't laugh out loud yet as the finale was yet to come.

Then it was time for Mama to prepare herself for work. Oh yeah! Another scream.

There shall be six tails of disapprovals when they come back. The kitsitter will be dealt with severely. purrr....meow!
Posted by Cat-from-Sydney at 10:55 AM 15 comments:

Angelina's note: This is our belated contribution for Tocktober, starring Sebastian. purrr...meow!
Posted by Cat-from-Sydney at 5:46 PM 13 comments:

By this time next week, people from around the world will be commemorating the sacrifice of Prophet Ibrahim (Abraham a.s.) and his son Ismail (Ishmael) by sacrificing sheep, cattle or even camels. There's a set of criteria in choosing the animals, like making sure they are not pregnant (if female) and have no visible impairment. Mama's organisation has been offering the Qurban service since 1989. While people in developing countries can still slaughter animals in their backyards, those in more developed countries would find it a hassle to ask abattoirs to slaughter just one animal for them. Thus, NGOs like Mama's would assist them so that bulk slaughter can be done at the abattoirs. More than just the slaughter process, the meat would then be further processed at a cannery to get products that have longer shelf life. Thus, the canned Qurban concept is born. In Malaysia, it is still normal practice for village elders to organise slaughter at places of worship. While this is good in fostering good relationship among neighbours, last minute orders however are impossible. Take the present time for example, most surau committees would have closed down Qurban orders as only a week is left until Eid. What do you then? Just click on the poster below. Mama's organisation is able to accommodate last minute orders because of the good relationship nurtured with the abattoirs over the years. 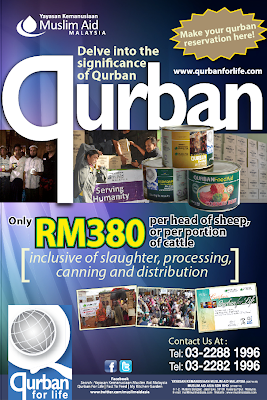 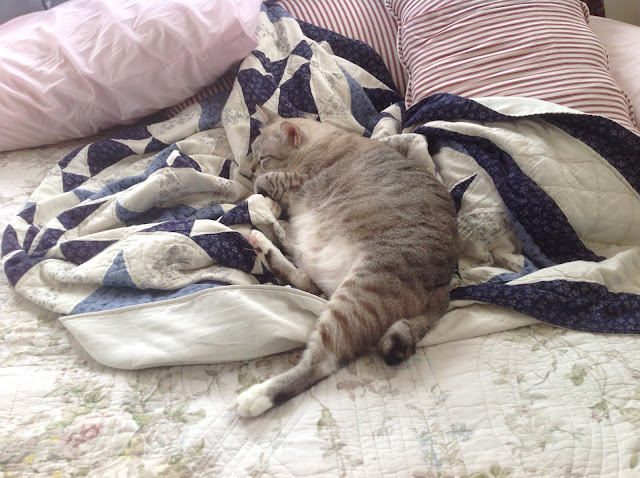 I'm so happy that my Mama and her team have delivered another portion of their water and sanitation project. It would mean less time spent elsewhere and more time spent with me....errr....not quite but that's not the point.

What I'd like to say is that about 3,000 inhabitants of an island in Sabah are now enjoying the fruits of Mama's labour, first, in the form of clean drinkable water, second, modern latrines and third, electricity from solar power. The project was featured in The Star where the reporter also interviewed Mama. The scanned pages are as the following. 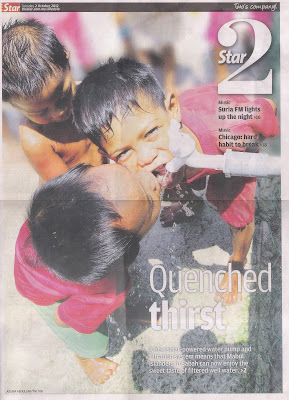 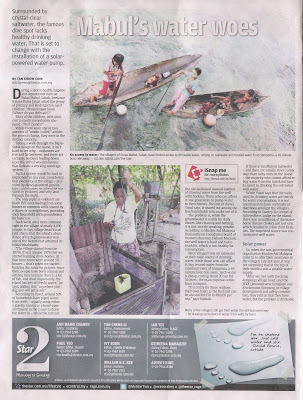 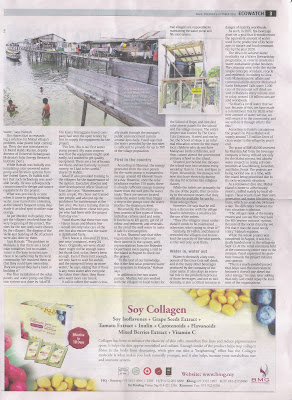 Completion of the project, however, doesn't mean that Mama will stop visiting the island as "we will continue with the upkeep and maintenance for at least another three years," she said. Hmmm...does that mean we'll relocate there, Mama?

At present, Mama is working hard to convince some corporate sponsors to fund several additional projects that will benefit the islanders in the long run. Among them, skills training for the young people and income generation for the families.

Angelina's note: Will I achieve my dream of becoming an island cat? purrr....meow! 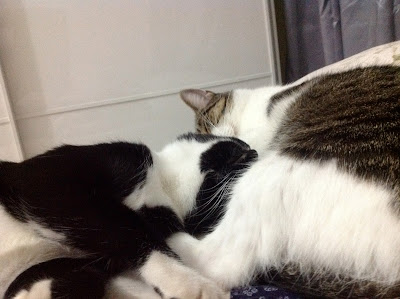 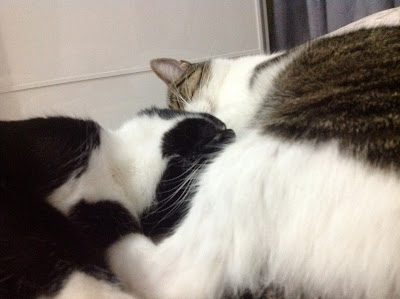 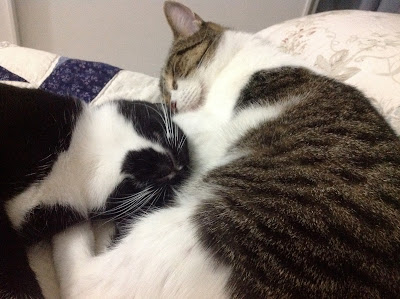 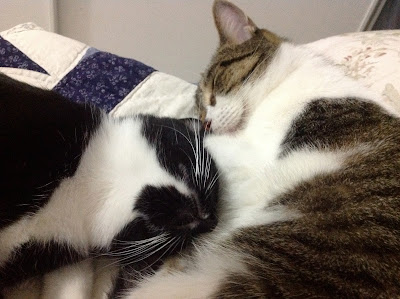 Angelina's note: This is a normal scene in Mama's bedroom now. Notice that the protege is now bigger than the mentor. purrrr....meow!
Posted by Cat-from-Sydney at 2:54 PM 21 comments: 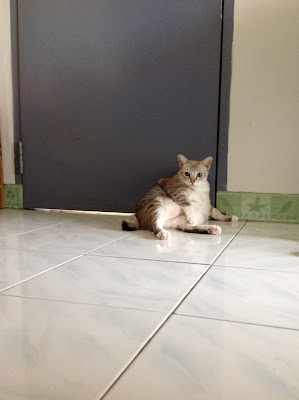 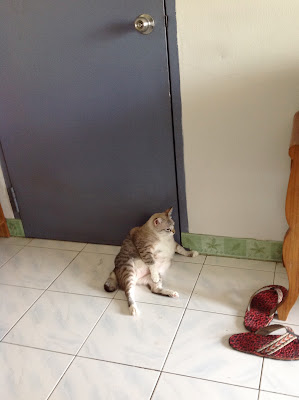 Angelina's note: As you can see, I'm done with hibernating as it is now officially spring in Australia. Not that it matters now that I live in the Northern Hemisphere, am still a Down Under-er at heart.
First things first: what's this I hear about a certain AmeriCat called Katie voted as Ruler of The World? And MY Brad Pitt having the hots for her? On top of that, William had the cheek to bring his Kate visit MY country while I hibernate?
As of now, call me Most High Empress Angelina the Dictator. Need to put my paws down on stuffs. purrrr....meow!
Posted by Cat-from-Sydney at 5:56 PM 45 comments:

Labels: angelina is in da house
Newer Posts Older Posts Home
Subscribe to: Posts (Atom)
“Man, when perfected, is the best of animals, but when separated from law and justice, he is the worst of all.”
Aristotle (ancient Greek philosopher, scientist and physician, 384 BC-322 BC)